“A gifted writer, a skilled actress and a superb storyteller, Bernadette Nason’s beautifully crafted stories are works of art that touch your heart, and make you think, question, laugh and cry, all at the same time. A remarkable blend of honesty, grace and glee, she’s a consummate professional.” 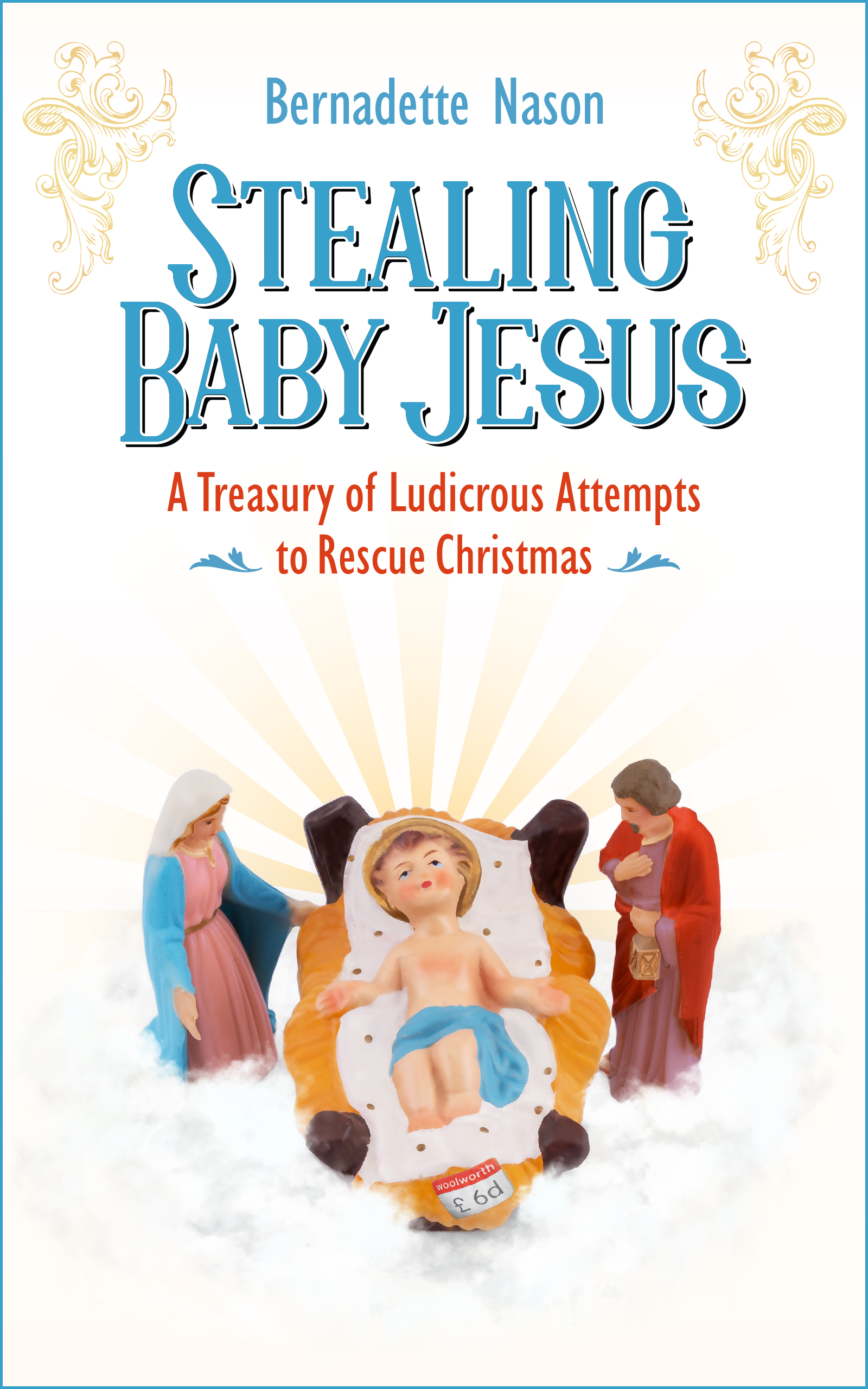 STEALING BABY JESUS: A Treasury of Ludicrous Attempts to Rescue Christmas, Bernadette Nason’s second book, will be released on Amazon on Tuesday, November 17, 2020!

Nason’s first book, TEA IN TRIPOLI: A Memoir, came out in August 2017. If you purchase copies of either book directly from the author, she will sign before sending. If you live nearby, she might even deliver personally and wave at you through your screen door — we’re in a pandemic, folks, in case you hadn’t heard!

Bernadette Nason hails from England, lives in Austin, and performs all over the world. She’s a multiple award-winning storyteller, actress, and author. She’s been on the Texas Commission on the Arts Texas Touring Roster since 2002, telling tales annually to over 30,000 students, Pre-K through high school. Bernadette is a company member of Austin Playhouse and ONSTAGE Theatre; resident artist with Pollyanna Theatre Co; and former associate artist with Austin Shakespeare Festival. She belongs to Actors’ Equity and the Screen Actors’ Guild, and is regularly seen in regional theatre productions, one-woman shows, and movies.

DROP HER A LINE TO ORDER A SIGNED BOOK! And for up-to-date news, sign up on her Contacts page or subscribe below.

The Blog Page is being worked on!